Kissinger and the EU phone number 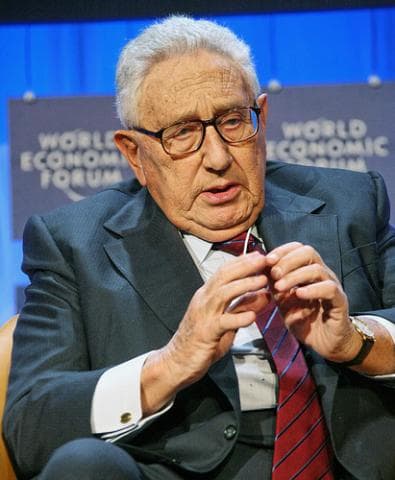 One of the most commonly held urban legends in EU circles is the saying attributed to Henry Kissinger of “Who do I call if I want to call Europe?”. As the FT revealed, he never actually said it. But how could it hold on so long there in Brussels and beyond?

It’s mostly because EU leaders and policy makers really appreciate when external diplomat/politician/nation validate their efforts or provide a valid basis for advancing their political agenda. Think of Jeremy Rifkin’s views on how the EU offers an alternative to the American Dream or how the EU integration can serve as a model for Asian nations’ closer cooperation.

On the other hand, Europe is still very much viewed as a continent composed of cooperating countries instead of a single EU block of 27 Member States. Just open any newspaper that includes statistics on any issue from health insurance, GDP, mobile phone usage or TV sets per capita: you will hardly see “EU” as a single entity but France, Estonia, Slovakia or Portugal instead.

No wonder China or the US seems to do much better than us on several topics – but what if you look at the EU as a whole? Chances are, the EU will be much better preforming in Olympic gold medals, GDP per capita or number of citizens with a diploma than we would think, provided we adopt this “new” approach.

Kissinger never put the above who-to-dial question, but just like we don’t look at the Shanghai region but China or Nebraska instead of the United States, we should start looking at the EU as a united area in global matters.