The EU should do much more to dispel Euromyths 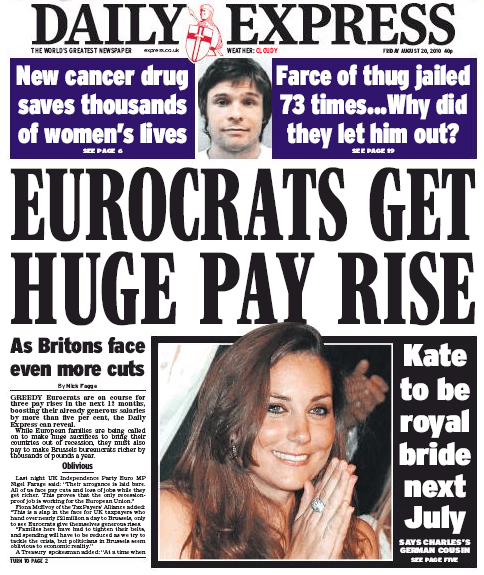 Distortions, misunderstandings, purposeful misleading of facts have always been around (some are really funny, actually). But the more the European Union deals with ”sensitive” issues, including justice, foreign policy, sports or other areas that used to be labeled as strictly national, the more such voices will arise. However, the European Commission and the European Parliament have done painfully little to set the facts straight.

Sure, there is a Blog on the Commission’s UK representation on setting British media straight, but it’s viewed by less than 1000 people which can hardly be labeled as effective counter-communication. Or look at an old-school press release on the EU budget myths issued in 2007 (three years ago!). But this is a drop in the ocean of misconceptions about what the EU does, doesn’t do or planning to do.

The European Parliament, at the forefront of European communication, does not even have a quick overview of such bogus data circulating in the European (or global) press from time to time. Andrew Duff, a liberal MEP, has at least posted a nice list on his website – but the EP as an institution, fighting for more democratic legitimacy, support by citizens and transparency, really could do much more than that.

The EU is a great project – but it’s not enough to do good things, its leaders would need to explain that to their people, especially to the skeptical ones in the UK or anywhere else.

p.s.: by the way, what about proactive communication? Is being on the defensive surely the best way to win over hearts and minds?