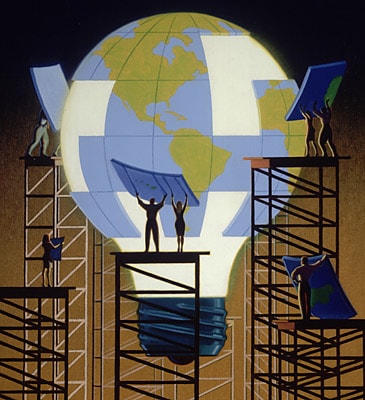 (The original of this post appeared on Alberto’s Blog)

After decades of negotiations, a Unitary Patent Protection system is about to see the light of the day in Europe

Today inventions in the EU can be protected either by national patents or European patents granted centrally by the European Patent Office (EPO). However, the current patent system creates difficulties for the Internal Market and for users (high registration and enforcement costs; limited number of validated patents across EU countries; fragmentation weakens patents’ value). This inhibits innovation and hinders cross-border activities.

Against this backdrop, Commission proposals for a unitary patent protection have been under discussion for over a decade – amid quarrels in the Council over language rules. The Commission tried to overcome this with its June 2010 proposal on the EU Patent’s language requirements (see IP/10/870). However the EU’s Council of Ministers failed to find a unanimous agreement on this. On March 10, 2011, under a proposal from the Commission (see IP/10/1714), 25 EU countries have decided to move forward on this issue. At this stage, the two remaining countries, Italy and Spain, do not wish to participate but they have the possibility to join in the future. Following the EU’s Council of Ministers authorization to rely onthe “enhanced cooperation”, the European Commission is expected to publish its proposals for the single EU patent and associated translation measure – officially known as the Unitary Patent Protection (‘UPP’) proposal – next Wednesday April 13, 2011.

The expected proposal will ensure that the holders of European patents can apply for one single patent protection for the territory of 25 Member States at the European Patent Office (EPO). This will guarantee the same level ?of protection for the inventions across 25 EU countries. Moreover, patent applications can be submitted into any official language of the EU. Yet, building on the EPO’s existing language regime, the applications continue to be examined and granted in English, French or German. The patent claims, defining the scope of the protection, will have to be translated to the other 2 official languages of the EPO.