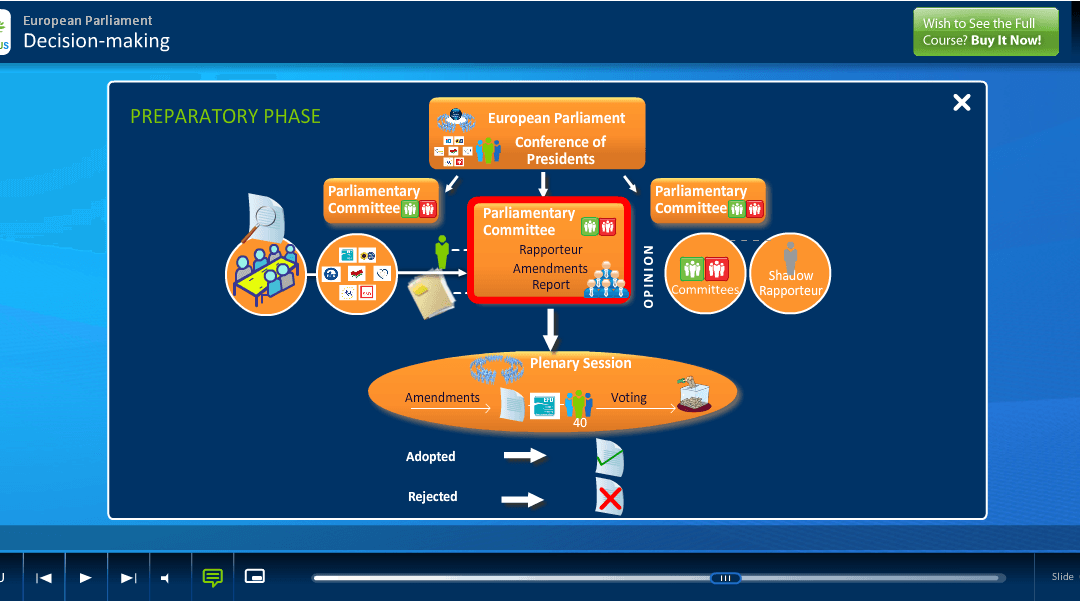 We at Arboreus have been working on e-learning presentations about the European Union policies and EU institutions for several months. We’re doing the final touches right now.

Now that we are so close to launching online interactive courses about the European Parliament, the Council of Ministers, the European Commission, the EU Treaties, the EU’s Commercial Policy, the Treaty of Lisbon, EU Law and the EU Judicial Bodies, Various EU institutions including the European Economic and Social Committee, the Committee of the Regions, the European Central Bank and others, so we thought a few teasers could get you in the mood of anticipation

Launch date: Before the end of January 2011 – let the countdown begin! 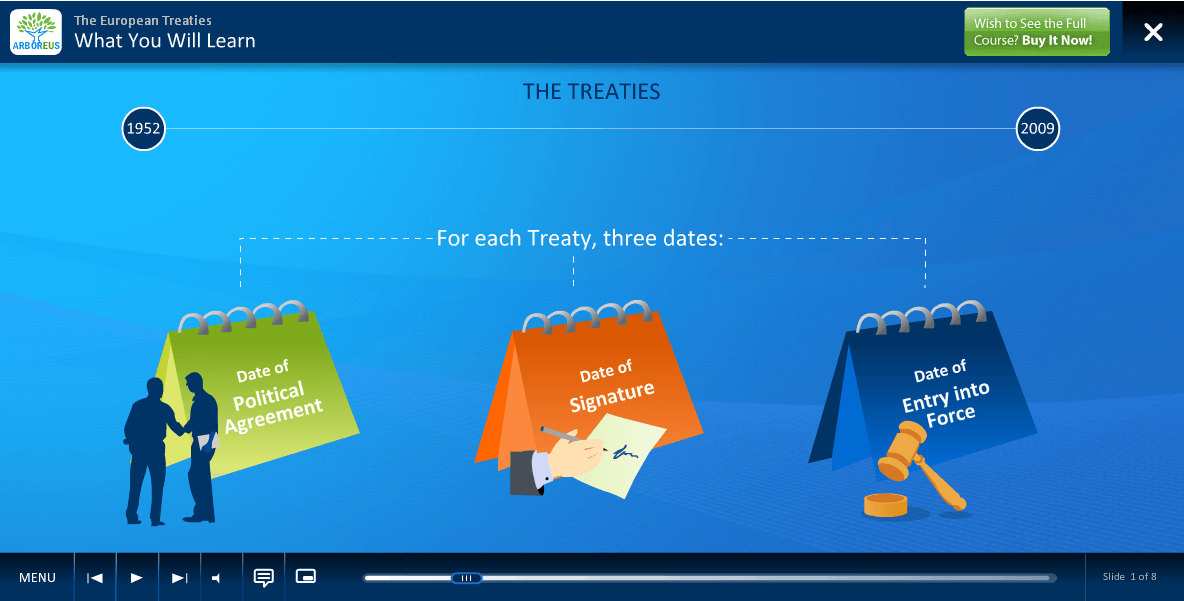 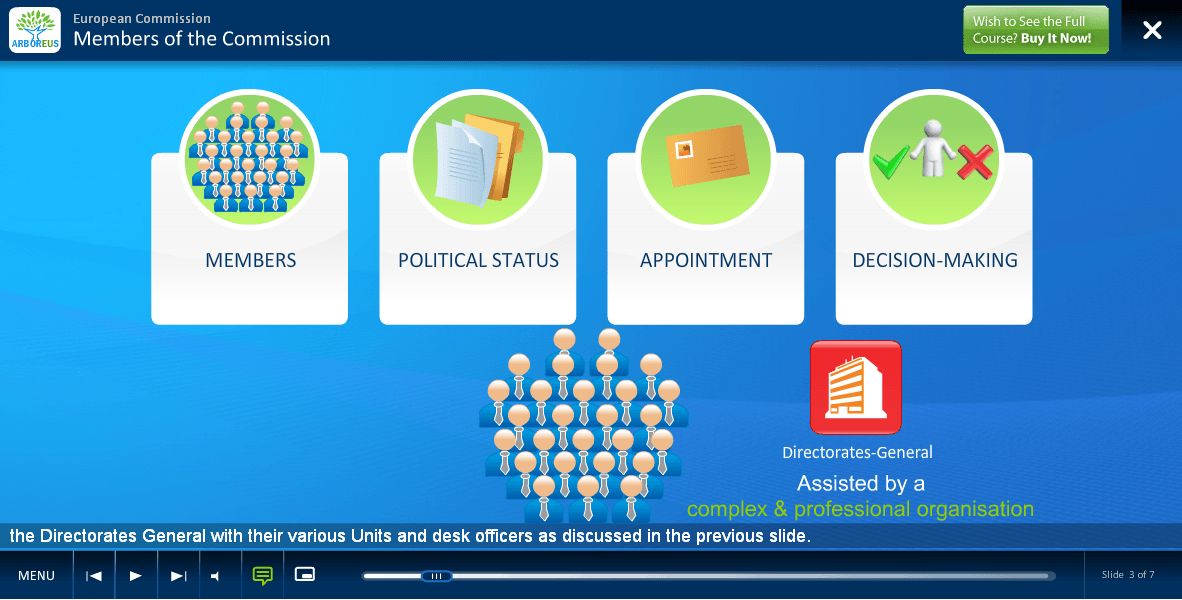 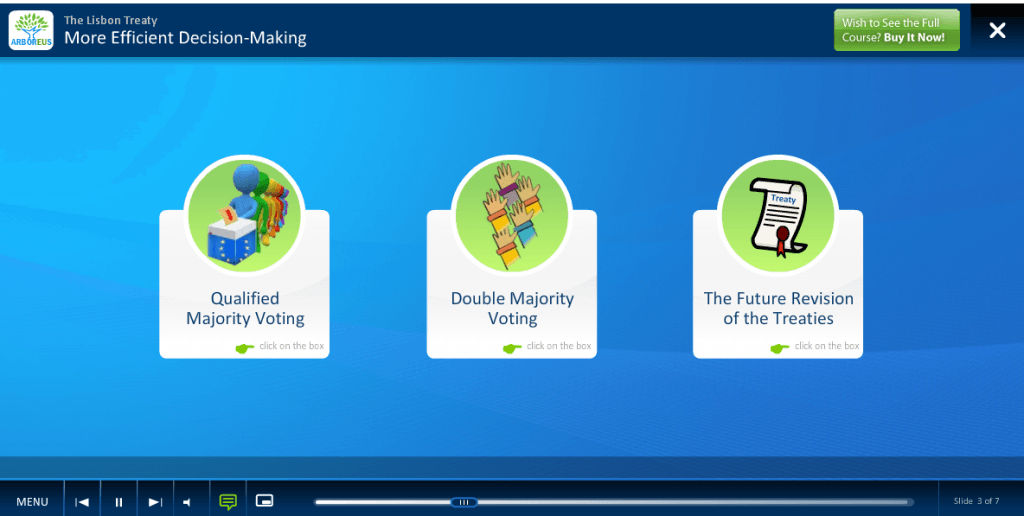 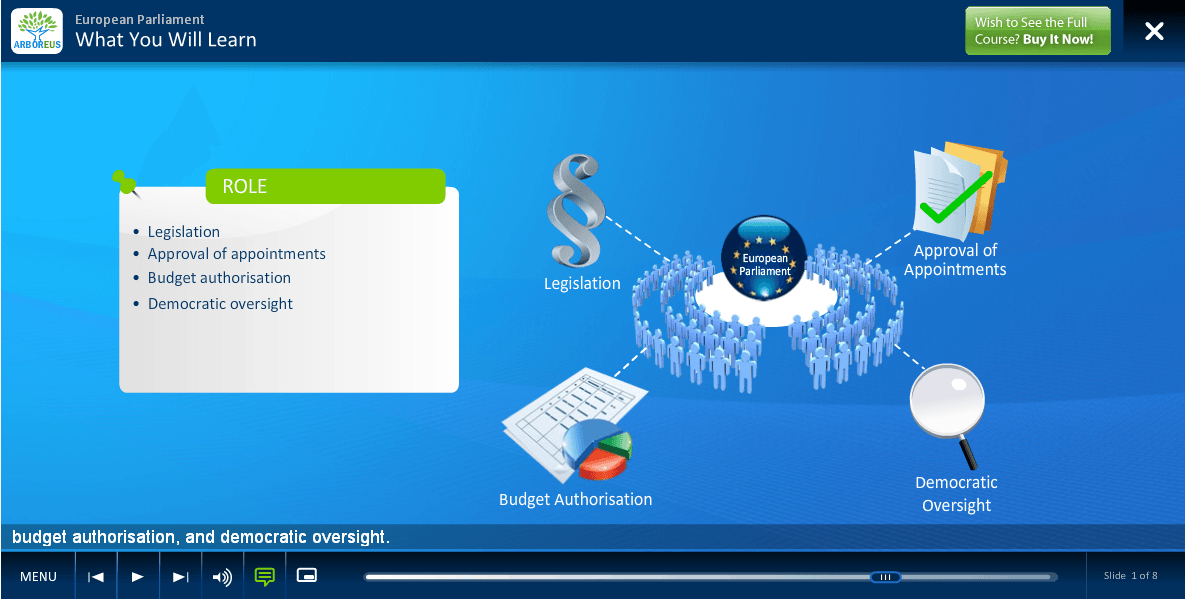