(The original of this blog post appeared on Alberto’s Blog)

A ban prohibiting the manufacture in the European Union of baby bottles containing the potentially hazardous Bisphenol A (BPA) substance enters into force today, March 1, 2011.

As the readers of this blog are well aware, BPA is an organic molecule that is used in the manufacture of polycarbonate plastics, widely employed to manufacture plastic materials, such as baby bottles.

Small amounts of BPA can be released from plastic containers such as baby bottles into the food they carry if these containers are heated at high temperatures. According to scientific evidence, infants’ ability to eliminate BPA is still building up during their first six months of life. Their exposure to the substance is thus the highest during this period, especially if infant formula administered through such baby bottles is their only source of nutrition.

The ban of the manufacture of baby bottles with BPA was adopted in January (EU Directive (2011/8/EU) and enters into force today, on 1 March. In addition the ban will be extended on 1 June 2011 to the placing on the market and the import into the EU of baby bottles containing BPA.

In the meantime, the industry is voluntarily withdrawing from the market baby bottles containing BPA and replacing them with safer products. This withdrawal is expected to be completed by mid 2011. Member States now have to communicate to the Commission the national legal measures they take to comply with the provisions of the directive.

John Dalli, Commissioner for Health and Consumer Policy said: “March 1 represents a landmark in our efforts to protect public health in the EU. The ban clearly demonstrates our determination to offer the highest possible level of health protection to our citizens. Despite the fact that there are uncertainties concerning the harmfulness of the exposure of infants to Bisphenol A, the Commission deemed it both necessary and appropriate to take action. The aim is to further reduce the exposure of the most vulnerable part of our population – i.e. the infants – to the substance thus safeguarding their health”.

My thoughts on the EU strategy against BPA

The science behind such a ban is not only controversial but is also tenuous as it reflects the challenges pertaining to the new toxicity testing. More significantly many wonders why the focus should be on BPA and not on many other endocrine disruptors in the market. The impression remains that BPA has been chosen as the sources of all possible evils in the food contact material market.

Interestingly enough, the market for alternative technologies to BPA is booming. Yet virtually all those alternative products, besides glass, are paradoxically less known that BPA itself. This is a typical risk vs risk trade-off. As stated by Jonathan Wiener and John Graham in their famous book, Risk vs Risk:

“Paradoxically, some of the most well-intentioned efforts to reduce identified risks can turn out to increase other risks. Though the term ‘risk trade-off’ may not be familiar to many people, the phenomenon is commonplace in human decision-making, reflected in such familiar adages as ‘out of the frying pan and into the fire’ and ‘the cure is worse than the disease’. The general problem is that efforts to combat a ‘target risk’ can unintentionally foster increases in ‘countervailing risks’”.

Unfortunately a quick look at the Commission directive banning BPA does not seem to show any awareness of such a dilemma. Very little efforts have been made to pinpoint viable alternatives to this substance whose advantages have been completely underestimated in the whole debate. 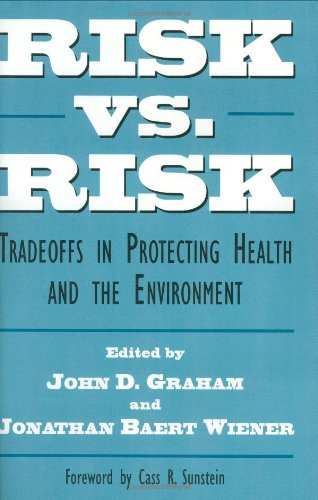 The BPA saga is not over. The validity of the EU directive entering into force today is likely to be questioned before Courts. Once more, the precautionary principle, by underpinning the EU regulatory action, will be under the spotlight.