Tobacco display bans: Philip Morris vs Norway in front of the EFTA Court 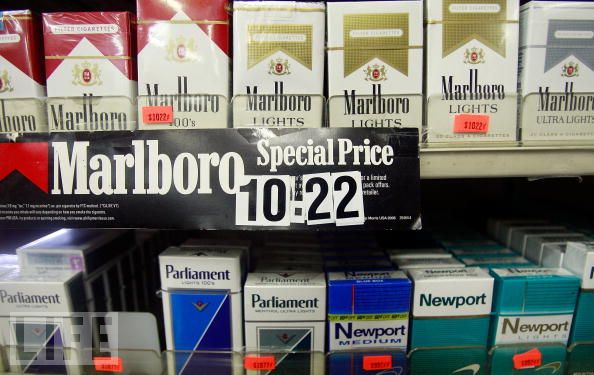 (The original of this blog post appeared on Alberto’s Blog)

This is one of the first legal challenges brought against the most recent tobacco control policy: display ban of cigarettes. Its outcome is expected to indirectly determine also the legality of the first display ban adopted within the EU (in EIRE) and to shape the ongoing reform of the EU tobacco products directive.

As with many tobacco control policies, both the scientific basis and the legality of display bans are questioned today. This is certainly the case for plain packaging, as we have recently reported here and here.

As the first empirical evidence about the public health effectiveness of display bans begins to emerge (the Icelandic measures dates back 2001), Philip Morris recently took the Norwegian state to court in an attempt to overturn the law banning the display of cigarettes in stores. In Norway, since January 2010, cigarettes have been banished to closed cases, while cigarette dispensers may no longer display brand labels. This is how the closed cases look: 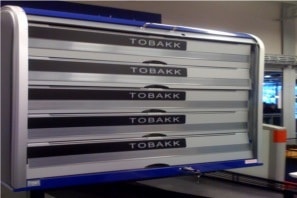 “Display bans have had no impact on reducing smoking in the countries that have implemented them, a fact acknowledged by the Norwegian Ministry of Health and Care Services. Instead these regulations prevent adult consumers from seeing the available product range and overly restrict competition” said Anne Edwards, spokesperson for PMN. “We have raised these issues with the government to no avail, which has regrettably left us with no choice but to litigate.”
The goal of the lawsuit is to overturn the display ban to permit retailers to display tobacco products in their stores enabling adult smokers to see the products on offer.

The Oslo district court decided to request, last October, for an advisory opinion to the EFTA Court regarding the compatibility of the contested display ban with the EEA Agreement (i.e. a Treaty extending considerable portions of EU legislation to non-EU countries, such as Norway). This Court, having jurisdiction with regard to EFTA States which are parties to the EEA Agreement (at present Iceland, Liechtenstein and Norway), is competent inter alia to give advisory opinions to courts in EFTA States on the interpretation of EEA rules.

In essence, in case E-16/10, Philip Morris Norway AS and Staten/Helse- og omsorgsdepartementet, the Norwegian national court asks the EFTA Court whether the display ban constitutes an obstacle to the free movement of goods within the meaning of Article 11 of the EEA, which – as is typically the case in the EEA Agreement – is identical to Article 34 of the Treaty on the Functioning of the EU, prohibiting measures having an equivalent effect to a quantitative restrictions.

Being the EFTA Court bound by the « principle of homogeneous interpretation », its case law is based on the ECJ’s case law as far as such jurisprudence exists. The case law of the ECJ on Article 34 and the free movement of goods is vast. Yet the measure at stake in Philip Morris Norway is of a type which has not yet come before the European Court of Justice.

This would seem to allow the EFTA Court, as it already occurred in the past, to set a precedent. Although the ECJ is not bound by the principle of homogeneous interpretation and may depart from the EFTA’s interpretation of identical provisions contained in EU law, it referred – in a number of cases – to EFTA Court case law as a main or even a leading argument when interpreting EU law. This is relevant to the extent one EU country, Ireland, has implemented since July 2009 a display ban.

Although the compatibility of display bans with EU/EEA law is a novel issue, this does not mean that the EFTA Court won’t find any guidance in the case law of the ECJ. As is well known, the ECJ after having given a broad interpretation of the prohibition of measures having an equivalent effect to a quantitative restriction (by including also non distinctly applicable measures), it held in Keck that ‘certain selling arrangements’, i.e. measures concerning the circumstances of selling the goods, are covered by this provision, only if they discriminate against imports in law or in fact.

Will the EFTA Court apply the Keck jurisprudence to the Norwegian display ban? This may have a considerable impact on both the reasoning and the outcome of the case.

Should the Court qualify a display ban as a ‘selling arrangement’, this measure might escape from the scope of application of the prohibition and being upheld without being subject to a scrutiny of its underlying public health rationale. Yet to do so the EFTA Court should conclude that:

Previous case law shows that while requirement a) of the Keck test is easy to verify, requirement b) is trickier, especially when dealing with a measure limiting (rectius, banning) the possibility of advertising a product (see e.g. C-405/98, Gourmet). Here it might be crucial to look at the percentage of local cigarettes sold in Norway vs those imported. A display ban of tobacco product might indeed ossify the market by crystallising existing patterns of consumption and raising barriers for new entrants (Opinion in C-412-93, Leclerc Siplec). Yet this has never been a concern in the (non) EU market for cigarettes!

Interestingly enough, in a number of cases, the EFTA Court has indicated that it does not take the ECJ’s Keckjurisprudence for the last word of the wisdom. (See e.g. Cases E-5/96 Nille, 1997 EFTA Court Report, 30, at para 28 et seq., with reference to ECJ 17 October 1995 – C-124/94 – DIP and Others v Comune di Bassano del Grappa and Comune di Chioggia, 1995 ECR, I-3257; E-4/04 Pedicel EFTA Court Report [2005] 1). At the same time though, attempts by EFTA States to have provisions of the EEA Agreement interpreted differently from those of the EC Treaty because of an alleged difference in scope have been rejected.

Should the display ban be considered a restriction – what seems quite likely and that regardless of the application of the Keck jurisprudence, the discussion – as predicted by the second question raised by the referring court – will shift to its possible justification.

To what extent the Norwegian display ban, based on the declared objective of reduced tobacco use by the public in general and especially amongst young people, is it proportionate, i.e. suitable and necessary, having regard to public health?

In examining the first prong of the proportionality test, the EFTA Court is likely to face an abundant amount of conflicting data advanced by the parties concerning the effectiveness of the display ban in reducing consumption and prevalence in smoking. In our view, to determine the suitability of the measure to achieve the desired objective the Court will have to establish at least the potential effectiveness of display bans in changing smoking behaviour (by looking, for instance, at pre- and post-display ban adolescence prevalence in Norway). Is there a causal link between banning display and reduction in tobacco consumption? Moreover, when examining necessity, the second prong of the test, the EFTA Court will have to determine whether the desired objective (public health) could be attained by less onerous methods. In a country like Norway, where most forms of advertising of tobacco products are already prohibited – now also at the point of sale -, this won’t be an easy exercise to carry out. In any event, according to established case law, – because of the margin allowed to the legislature – to fail the proportionality test, a measure has to be “manifestly inappropriate” having regard to the objective pursued before judicial intervention. This reading of the proportionality test reflects concerns of legitimacy and expertise. Yet never forget that – as observed by Advocate general Jacobs extra judicially – “proportionality is a flexible tool of judicial review, which is applied differently in different context”.

The deadline for receiving written observations from Governments and relevant institutions having expired (according to the EFTA Court website – besides the Norwegian government and the EFTA Surveillance authority – only the European Commission would seem to have lodged its observations), the hearing of the case is expected in June 2010 in Luxembourg.

Although other legal challenges have been initiated by the tobacco majors against the spreading of tobacco display bans, this is the first international legal challenge brought against one of the most recent tobacco control policies. Its outcome is expected to indirectly determine also the legality of the first display ban adopted within the EU (since July 2009 in Ireland) and, more importantly, to shape the ongoing reform of the EU tobacco products directive that we have recently discussed here. Indeed, under section 6 of the DG SANCO public consultation document, anticipating the reform, the EU Commission discusses – among several regulatory options aimed at controlling the access to tobacco products – the possibility of introducing EU-wide mandatory display restrictions or bans at points of sales. In the meantime, both the UK and Finland have announced to intend to follow Ireland in prohibiting the display of tobacco in large shops from October 2011 and in points of sale as from the beginnings of 2012, respectively.

A more detailed analysis of the pending EFTA case (E-16/2010) is forthcoming in issue 2 of the European Journal of Risk Regulation, which is expected by next June.