What EU officials think of Belgians, what Belgians think of Eurocrats 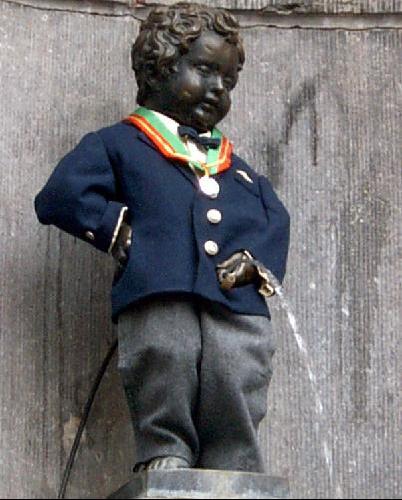 A Belgian newspaper (source unknown as we only received a clipping from a friend) recently gathered what EU employees tend to think about Belgium and more specifically, Brussels…and also found out what the locals think of the “lazy, wealthy expats'”. Not very flattering – on either side!

• They ‘specialise’ in making/eating chocolate, beer, waffles and French fries
• There is lots of painful ‘Kafkaesque’ administration red tape
• They like to make simple things very complicated
• There is often no government but the country keeps going
• Belgians are bad, careless and impatient drivers
• The customer service (e.g. in restaurants) is poor
• There are hardly any famous Belgians (except for Justine Henin and Kim Clijsters)
• There seems to be a chemist, cafe and fruit and veg shop on every street corner!

…and what Belgians think of EU officials and diplomats:

• They’re arrogant and pretentious
• They hardly pay any taxes
• They don’t take part in Belgian society – e.g. they don’t go to watch Anderlecht or any another Belgian football team and they don’t go to the theatre.
• They all have beautiful houses.
• They all go to Place Luxembourg and to the At Seven nightclub.
• Their wives don’t work and spend lots of time at fitness clubs.
• They complain all the time.
• They have the ‘cul dans le beurre’ [an easy life].
• They don’t do anything – they’re pen-pushers, writing report after report
• They take long lunch breaks and don’t have much stress

Is it really so? Or completely unfair? What do you think?