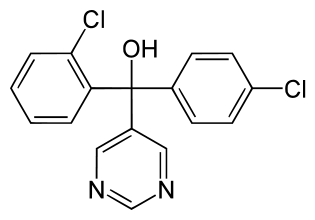 On December 22 2010, the European Courts delivered their most important risk regulation judgment since Pfizer. Although it is not possible to do justice to the reasoning of the Court in a few lines, this post will bring this judgment to the attention of our readers by briefly sketching out its significance.

On December 22 2010, the European Courts delivered their most important risk regulation judgment since Pfizer. Curiously enough it is not the General Court that decided Gowan, but the European Court of Justice within the framework of a preliminary reference. Yet the judgment often reads like as though it was triggered by an action for annulment. Although it is not possible to do justice to the reasoning of the Court in a few lines, this post will bring this judgment to the attention of our readers by briefly sketching out its significance.

Background
Although the draft assessment report prepared by the rapporteur Member State (the UK) favoured the authorization of fenarimol under the plant protection products directive, the concerns of several Member States (gathered in the ‘legislative’ working group of the Standing Committee on the Food Chain and Animal Health) regarding the question of endocrine disruptor led the Commission to authorize only a limited number of uses for this substance and just for a period of 18 months (instead of the regular 10 years) in Directive 2006/134.

The main proceedings
Gowan, a Portuguese company that triggered the authorization procedure for fenarimol, sought the annulment of two Italian decrees complying with Directive 2006/134 before Tribunale Amministrativo del Lazio (TAR). Gowan pleaded the illegality of this Directive. In essence, it submitted that the severe restrictions on the use of this substance were not justified by the scientific studies carried out in the course of the assessment procedure foreseen by the plant protection products directive.

Under these circumstances, the national administrative court stayed proceedings and asked the ECJ whether the adopted directive is valid considering that the ‘technical and scientific assessment carried out by the rapporteur Member State” found that the risk arising from the use of fenarimol is acceptable.

Gowan: submits that the restrictions on the use of fenarimol laid down by the contested directive are based on assessment criteria (adverse effect on endocrine system) that do not appear in the plant protection products directive.

ECJ: Since none of the evaluation requirements foreseen in this directive contain specific criteria for the assessment of the effects of an active substance on the endocrine system and these effects are covered by the general ‘harmful effects on human’ criterion, no breach of the principle of legal certainty can be found.

This a solid, yet formalistic, legal argument. From a public policy/better regulation perspective – wouldn’t be necessary to recommend the legislator to define the kind of scientific examinations necessary to satisfy the (rather vague) criteria for authorization? In their absence, Gowan – like (too) many other companies operating in the pesticides sector – are expected to discharge a probatio which is not only diabolica but also erratic.

It must be observed that the new PPP regulation remedied to this regulatory failure, by providing that endocrine disruptors will not be approved unless exposure to humans is negligible. See Article 23 let. b) and Annex II (section 3.6.5) of Regulation (EC) No 1107/2009 of the European Parliament and of the Council of 21 October 2009 concerning the placing of plant protection products on the market and repealing Council Directives 79/117/EEC and 91/414/EEC, OJ L309/1.

Manifest error of assessment (breach of the principle of scientific excellence)

Gowan: argues that the restrictions on the use of fenarimol contained in Directive 2006/134 are not justified by any of the scientific studies carried out in accordance with the plant protection products directive.

ECJ: To accomplish effectively the task of maintaining a high level of protection of the environment and human and animal health, the Commission must be allowed a wide discretion in assessing the risk posed by the use of those substances.

Does this imply that the imperative of ‘high level of protection’ override the due process rights of the applicants? (yep, ‘kind of a rhetorical question)

ECJ: “The exercise of that discretion is not – however – excluded from review”. Yet the chosen standard of review (here eventually defined as a ‘procedural check’) is pretty loose when one considers – as the Court does – the underlying substantive legal duties in the risk decision-making (A procedural duty based on substantive non-duty amounts to little). According to the Court, although the Commission is required to take into account the scientific assessment prepared by the rapporteur, “that assessment is not binding on the Commission or the Council…who remain entitled…to adopt different risk management measures from those proposed by the rapporteur Member States”.

Does this imply that risk managers are not subject to a duty to base their measures on a risk assessment different that the one they are departing from? Shouldn’t be a rational relationship between the risk assessment and the chosen the risk management decision? (the AG’s opinion expressly denies it – para 67). Can the European Commission withdraw a draft directive (without restrictions) and introduce another one (with restrictions) without having to show new scientific evidence justify this change?

Apparently that is not the case and that’s why the ECJ can painlessly conclude that, in the light of the scientific evidence resulting from the assessment of the risk posed by fenarimol, the directive is not vitiated by a manifest error of assessment on the part of the Commission. That’s a sensible point and – no surprise – the Court reformulates – in a quite unorthodox manner – the question raised by the national judge so as to bridge to the next legality checks: precaution/proportionality.

Interestingly enough, the precautionary principle examination has not been incorporated within the proportionality test, but it has been anticipated. As a result, the precautionary approach, already recognised as a general principle of EU law, becomes “an integral part of the decision-making process leading to the adoption of any measure for the protection of human health”. This is a relevant development because, once autonomously incorporated within the risk regulation decision-making process, it produces the effect of expanding even further the (already) wide discretion enjoyed by the legislator, and that regardless of compliance with the principle of proportionality.

As a result, once satisfied the (rather low) threshold for invoking it, the precautionary principle means todaycarte blanche to the EU legislator. Any check on that threshold here? Very little indeed: “there were still certain concerns” (para 77) and these “cannot be considered based on purely hypothetical considerations” (para 78). Is that enough to trigger the invocation of the principle? The lack of available OECD Test guidelines to “refine” (sic) the assessment can be considered to be evidence of “insufficiency, inclusiveness or imprecisions”? Yes, yes – says the Court. Really? This is – to say the least – unconvincing.

Once the EU directive had reached this stage of the analysis, it obviously passed the proportionality test.

This judgment overindulgently celebrated the EU risk regulation paradigm for decision-making. Yet it did not honour due process nor legal certainty for the thousands of ‘risk economic operators’ in the EU.

This is the next challenge for EU risk regulation.