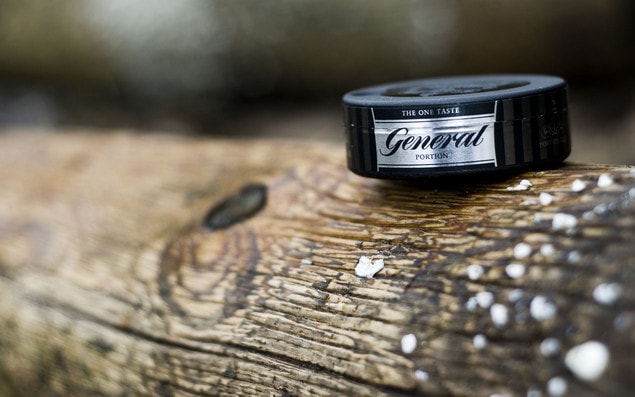 While it is not mystery that the lobbying activities by the tobacco industry have been unprecedented over the revision of the EU tobacco products directive, nobody would have expected that this piece of legislation would have cost the responsible Commissioner his job.

I was in the classroom when I learned that the EU Commissioner for Health and Consumer Policy, John Dalli, yesterday announced his resignation as a member of the Commission, with immediate effect. Interestingly enough this occurred when I was illustrating my students the policy options considered by the EU Commission in the ongoing revision of the tobacco products directive, by far the most sensitive proposal under his portfolio. Of course, being this class offered in the framework of my global risk regulation, I also introduced my students to the controversial issue of snus, a smokless oral tobacco product that for the time being can only be legally marketed in Sweden but that the current directive could allow within the EU. As is well known, the role of snus as a smoking quitting aid has split the public health community over the years. The tobacco control movement, by dismissing harm-reduction approaches to tobacco products (in favor of an abstinence approach), rejects snus by questioning its (scientifically-proven) less harmful health effect when compared with that of smoked tobacco.

Well, it seems that it is snus (and one of its main leading world producers, the Stockholm-based Swedish Match) that is at the origin of the clamorous chute of Mr Dalli.

Let’s start from the facts.

According to a press release published by the European Commission yesterday at 5.13 pm, Mr Dalli informed the President of the European Commission Jose Manuel Barroso of his decision following an investigation by OLAF, the EU’s antifraud office, into a complaint made in May 2012 by the tobacco producer, Swedish Match. The company alleged that a Maltese entrepreneur had used his contacts with Mr Dalli ‘to try to gain financial advantages from the company in return for seeking to influence a possible future legislative proposal on tobacco products, in particular on the EU export ban on snus’.

The OLAF final report – which has not been released to the public – was sent to the Commission on 15 October. According to the Commission, this report “found that the Maltese entrepreneur had approached the company using his contacts with Mr Dalli and sought to gain financial advantages in exchange for influence over a possible future legislative proposal on snus”.

“No transaction was concluded between the company and the entrepreneur and no payment was made”and also that
“The OLAF report did not find any conclusive evidence of the direct participation of Mr Dalli but did consider that he was aware of these events”.

These findings of the OLAF do not seem to prima facie warrant Mr Dalli’s resignation and contribute to make its sudden move appear as an overreaction to the questionable behavior of an individual foreign to his office. However, the language chosen by the Commission to convey the findings of the OLAF report is quite ambiguous and opens to speculation: to what extent Mr Dalli knew that he was the object of lobbying by a member of his Maltese entourage? OLAF seems to suggest that he was actually fully aware of this fact. Did he take any action to limit these lobbying efforts? And more importantly: to what extent Dalli’s behavior, even though a inert one, has been such as to breach the duty of integrity to which he was bound under Article 245 TFEU?

These are some of the questions that the European Court of Justice might, ‘on application by the Council acting by a simple majority or the Commission’, called upon to investigate according to the same provision of the Treaty. Similar to the old (and only precedent) case affecting Madame Edith Cresson – a member of the Santer Commission who – amid her resistance to step back – led the whole College to resign -, what is at stake is the deprivation of Dalli’s right to pension and other benefits in its stead.

While it is premature to explore these questions (which in any event are not particular exciting), it seems more relevant to analyze the context surrounding this episode and try to predict some of the consequences that it is set to prompt on the current revision of the tobacco products directive and, more general, on the future life of the II Barroso’s Commission.

According to the Commission’s press release, “the OLAF report showed clearly that the European Commission’s decision making process and the position of the services concerned has not been affected at all by the matters under investigation”.

While I would like to believe that this is true (and knowing the services involved I am sure that this is the case), this statement by the Commission is easier to make than to prove, especially when read in the light of the findings of the OLAF report. We all know that there is a political space for the Commissioner of any DG to steer its services when they engage into ‘evidence-based policy-making’. This political space is inherent to the functioning of the European Commission and is far from being specific to the EU executive branch (just think about US executive agencies called upon to translate statutes into rules). It is therefore no impossible that the inputs coming from the Commissioner himself and his cabinet could have tinted the evidence-making process.

In these circumstances, the sudden resignation of Mr Dalli is somewhat surprising as it is likely to weaken not only his personal position but also that of the EU Commission.

While the EU Commission emerges as the looser of this ‘situation’, the prima facie winner seems instead Swedish Match, one of the leader producer of smokefree tobacco products. One may legitimately wonder what has been the exact role played by the company in the birth of the professional relationship between the Maltese entrepreneur and the company. Was Swedish Match a victim or the creator of such a relationship?Should it turned out that it has been the latter, the trap that Swedish Match seem to have successfully tended to Mr Dalli could turned out to be counterproductive: the benefit it could gain in delaying the preparation of the revised directive might be offset by the negative image it gained in originating this scandal. Should instead turned out that Swedish Match was the innocent victim of a fraud (read its yesterday’s press release), nobody will feel very sorry for a company selling tobacco products and willing to hire somebody who was ready to leverage on his personal relationship to steer the outcome of the policy process.

In any event, this episode, although unfortunate for everyone, has the merit to bring to public attention the limits of today’s tobacco control efforts : the lack of an open, evidence-based and non-ideological debate upon the future of tobacco (including snus). My claim is that should such a debate exist neither Swedish Match nor Commissioner Dalli would have fallen victim of the snus’ trap.