Grexit Out, Brexit In? 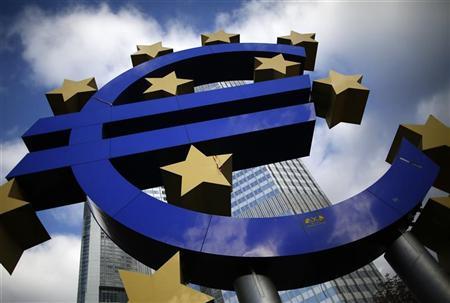 Remember the famous saying of George Soros, the Hungarian-American billionaire? He once said during the euro crisis that the euro is an “omelette”. He meant that even if the common currency area has a number of systemic flaws that have been revealed during the crisis, it is hard or even impossible to abandon the euro and for members to return to their respective national currencies. Now it seems that Europe as a whole will stay with this omelette, and will not try to put the eggs back in their shells. And it is better this way. The dissolving of the eurozone and Greece’s exit from it (“Grexit” in Brussels jargon) is improbable.

Lose-lose game
A Greek withdrawal would seem irrational. First of all, the country’s old-new currency, the drachma, would have to be devalued sharply against the euro. Even though a number of economists would interpret this as a progressive step, pointing out that the weak currency would boost the country’s competitiveness, for Greeks it would be no laughing matter. To lose almost 50% of your wealth, as Swiss investment bank UBS projects would happen, is a tremendous price to pay for your country’s improved competitiveness. In principle, a weak currency helps exports, but Greece has a struggling industrial sector which could not be cured with the depreciation. The repaying of foreign debts would also be more difficult if Greece abandoned the euro. Moreover, in the case of a Grexit the eurozone’s real GDP would fall by nearly 2% because of the contagion effect. So it would clearly be a lose-lose game.

Some light has recently glimmered at the end of the long tunnel of the Greek economy. It has been contracting sharply for many years, with unemployment rising to an EU record-high of 27%. But the pace of recession has now been slowing, economic confidence indicators are up and tourism seems to be on the rebound. This improved economic situation has had a visible effect on the political sphere as well, as the pro-European prime minister Antonis Samaras has for the first time amassed a significant lead in the polls against the populist Syriza leader, Alexis Tsipras, with a margin of 46% to 28%. Greece’s exit from the eurozone seemed imminent last summer, when Tsipras almost won the elections.

When philosophizing about the Grexit, one should not forget that 80% of Greeks want to stay in the euro area (of course, they do not want austerity and feel weary when the two go hand in hand). They have good reason to stay. Listening to the godspeeds from some, mostly American, economists encouraging the Greeks to leave, we might cautiously conclude that simple folk sometimes have more general wisdom than some intellectuals who are promoting their own ideologies or wishful thinking.

Foot-dragging Brits
But what about the people’s wisdom in Britain, where an exit from the EU has been increasingly on the political agenda? According to the latest polls, the majority of Brits would vote for the country leaving the EU. British euroscepticism has a long tradition; a member of the EU since 1973, Britain has always been a loath, foot-dragging ally in promoting a single market and free trade inside Europe, but reluctant toward any deeper cooperation. The Brits have an opt-out from the eurozone, allowing them, together with Denmark, not to join the common currency club. They have also not joined the Schengen Area, the security cooperation involving a lack of border controls inside this zone. In addition, they have taken on as few liabilities as possible with relation to economic governance – new financial regulations of integration inspired by the crisis –, refraining from the fiscal pact and the banking union, coordination policies for member states’ budgets and banks.

In his recent landmark speech, British PM David Cameron said: “ . . . (the British) vision of flexibility and co-operation is not the same as those who want to build an ever closer political union – but it is just as valid.” Thus Britain would stay hostile to any moves toward a federalist structure being heavily discussed in the rooms of Brussels eurocrats. Cameron promised a referendum on Britain’s membership in the EU if his party wins the next election in 2015. This is a dangerous gamble, but it might work for the PM, who himself would not want to navigate his country’s ship totally away from the EU. If he wins the elections, he may convince the British population not to turn its back on the EU but to take only a limited part in integration.

Omelettes are everywhere
Seemingly, not only is the euro an “omelette” but so is the EU. A “Brexit” would not be easy, due to the UK’s myriad relationships, financial and trade ties to other member states. Would British exporters, for example in the car industry, be happy to pay a tariff to reach the EU market if their country leaves the EU? Certainly not.

As things stand now, most probably both the EU and the eurozone will survive. The overwhelming interests of member state governments and other actors, such as banks and corporations, are drifting toward Greece staying in the eurozone. And these interests may eventually convince the British to stay in the EU as well.

A multi-speed or differentiated integration, in which some countries may play the role of the avant-garde and move toward deeper integration while others stay with the single market, might be envisaged. The Grexit seems to be out, while the Brexit may not be let in.