European Parliament seat distribution debate: Who are the losers? 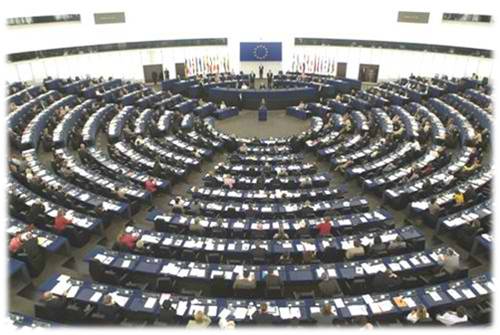 Preparation for the 2014 European Parliamentary elections

The European Parliament is slowly but surely preparing for its next election, which is to be held next year (2014). The dates are uncertain as previously the EP elections were foreseen to take place in June, the date has been shifted to 22-25 May. However, the seat distribution is a more serious issue being looked at.

The election date is not the only uncertainty in the EP elections. It is not even sure how many MEPs (Members of the European Parliament) will we vote for. Or is it? According to the Treaty of Lisbon, as of the following elections (which in this case the elections of 2014) the maximum number of  MEPs in an electoral term is limited at 751 (750 plus the President). At present, there are 754 Members, and in addition, with Croatia joining the EU on the 1st July 2013, 12 additional MEPs will join the community of MEPs (there are 12 Croatian parliamentarians already present in the EP, but only as observers), resulting in 766 MEPs until the next elections.

Reform of the EU electoral system?

For many years, there have been various debates not only concerning the numbers but the entire EP electoral system. In this respect, the name of Andrew Duff (liberal MEP from the UK) needs to be mentioned. He developed a system which would enable MEPs to be elected on a European list, ensuring that more European issues will be discussed in the election campaigns than before. It is high time to do this as the electorate is less and less enthusiastic about voting in EP elections – he argued.

Regrettably, his report was dismissed in the spring of 2012. Most probably the electoral system will not change, though the numbers are still to be reduced as requested by the primary source of EU legislation, the Treaty. If there were other intentions, the Treaty of Lisbon should be amended, which requires the consent of all Member States and it is highly unlikely to happen anytime soon.

The European Parliament (and especially its Constitutional Affairs Committee, AFCO) is trying to find a solution in form of a report, which they are hoping that Member States’ governments would support in a European Council, the forum that has the final say concerning the numbers.

There nevertheless are obstacles in cutting the numbers: comparing the number of citizens in the bigger Member States, many argue that there is already an unfair distribution of seats as while in Malta not even 70 000 citizens have one seat in the EP, in Germany it is 850 000 (and for sure, according to the Treaty, Germany will lose three Members from the next term – from 99 to 96).

On the other hand, the MEPs of the small Members States are not to be decreased either since their representation in the decision-making of the EP would then become only symbolic (think of Malta, Cyprus, Estonia and Luxembourg with the minimal number of 6 MEPs). What to do then?

The most likely scenario is to take seats from the middle-sized Member States, in which case Belgium, the Czech Republic, Greece, Hungary and Portugal would lose one seat each (and Croatia would get only 11 seats, and Austria, Bulgaria, Ireland, Latvia, Lithuania, and Romania would also have one MEPs less).

Preparations for the EP elections, which will be the eighth direct elections since the very first one in 1979, have to start soon. Among other questions concerning the elections (date, numbers, etc.) are who will run for the EP presidency and who will become parliamentary group leaders. Rumor has it that the EPP might run present European Commission President José Manuel Barroso or the Polish Donald Tusk while the socialists are still hesitating between many potential candidates (e.g. present EP President Martin Schulz, the UK’s David Miliband, or the Swedish Margot Wallström) for the lead, ALDE (liberals) would most likely run Guy Verhofstadt for the presidency.

The European Parliament clearly needs popular support. In the previous elections, the popularity of even voting for the MEPs were always increasing, and the much cited democracy deficit is nowhere to be defeated by EU institutions – including the EP itself.