The US thriller reaches the EU 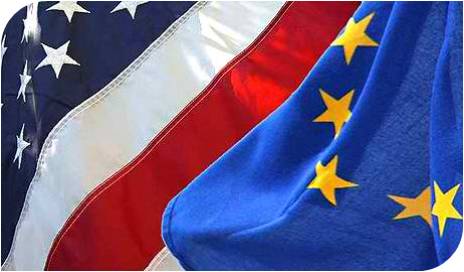 A new whistleblower hero or a traitor? That is the question regarding Edward Snowden, a 30-year-old American leaker who worked as a security contractor providing service for the National Security Agency, the US authority responsible for collecting and storing information on criminals and terrorists.

In a recent interview with the British newspaper The Guardian, Snowden revealed that for a number of years, the NSA has been collecting the so-called metadata (i.e. the duration, direction and location of phone calls, but not their content, as US officials later indicated, trying to downplay the significance of the information gathering) of millions of Americans not suspected of crimes.

And if that in itself would not be enough for a scandal, Snowden leaked another story. The Washington Post recently reported the existence of a surveillance programme code-named PRISM, under which the NSA collects an unknown quantity of digital information, including data from the biggest internet companies such as Google, Facebook and Microsoft. The US administration’s prompt response to the revelation was that its target was only foreigners. (The share prices of these big firms have not been affected so far.)

US authorities acknowledged both cases but denied they involved any illegal activity. There is no evidence so far that any of the actions were illegal, as the US has granted intelligence agencies a lot of power in their fight against terrorism. US President Barack Obama said that he “welcomed” a debate between privacy and convenience. Dick Cheney, the vice president under the George W. Bush administration, described Snowden as a traitor to US interests and hinted the suspicion that Snowden was a possible spy for China.

A major threat to the protection of privacy data, as British magazine The Economist rightly noted, is that as spies pick and choose what to reveal about their work, nobody can judge if the intrusion is proportionate to the threat. In any case, the American Civil Liberties Union (ACLU), an advocacy group, has sued the government citing an infringement of civil rights.

The EU got assurances

The EU is involved in this scandal that has unfolded in the US in two ways. Firstly, the EU should protect its citizens from unauthorised surveillance. After meeting with US Attorney General Eric Holder, Viviane Reding, the relevant EU commissioner, said that she received assurances that in the PRISM case only those suspected of links to terrorism and cybercrime were targeted. Then, according to The Guardian, she added that the US collection of metadata was mainly an American question, i.e. EU citizens might not have been involved in it.

Secondly, the scandal broke just when EU institutions are getting ready to modify the Data Protection Directive. The draft was tabled 18 months ago and scheduled to be agreed by the end of this year by the member states. Reding acknowledged that the EU faced intense US lobbying aimed at making it easier for American authorities to access data on people in Europe, but this part originally present in the draft was eventually dropped. Nevertheless, there is no agreement yet on the new EU law, and members of the European Parliament are still discussing the extent to which businesses and state authorities would be able to access personal data.

[UPDATE: according to the latest news published in Der Spiegel, EU institutions and the EU’s delegation in Washington, D.C. had been tapped by the NSA. This may even impact the Translantic Trade and Investment Partnership aimed at creating a free trade agreement between the EU and the US]

Meanwhile, the crime story aspect of the Snowden case continues. US authorities want to charge him for espionage; he has fled his native country, going first to Hong Kong and then to Moscow, and he might go further elsewhere.

This particular case reveals the extraordinary importance, difficulty and sophistication of regulations over data privacy. We do not know yet whether Snowden’s actions will lead to new regulations that are harder to abuse by the authorities responsible for the surveillance and use of confidential data. Or instead it will only cause an unnecessary shake-up of the US administration. But one thing is clear: in a liberal democracy, individual rights should be at least as vehemently protected as public or business interests. And the rule of law needs whistleblowers.