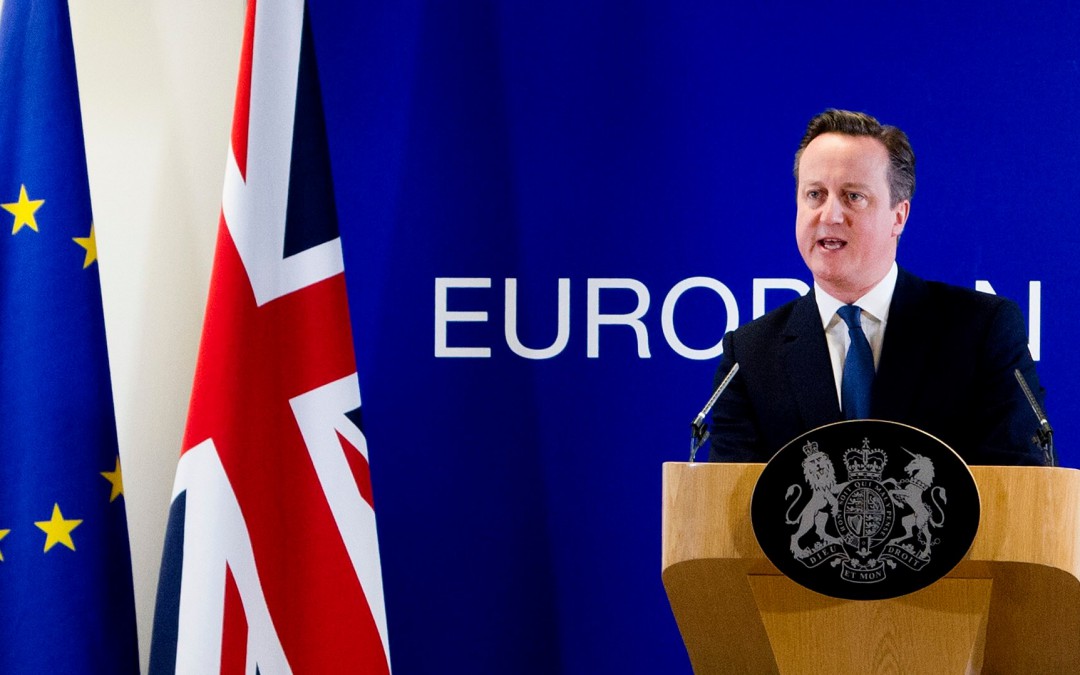 On 23 June 2016, British, Irish and Commonwealth citizens will vote in referendum on the UK’s membership of the EU. The question, as stated in European Union Referendum Act 2015 is following:

British Cabinet ministers are having personal freedom to campaign for or against Brexit. David Cameron in his speech announcing the referendum date recommended the British to vote for staying in the EU. He stated there is a need to reform Europe. Nevertheless, withdrawal would be a threat for UK’s economic and national security.

According to British PM, Brexit supporters are offering a risk at a time of uncertainty. For instance, in case of accessing EU Single Market by British businesses or combating cross-border crime and terrorism.

The Electoral Commission has a responsibility to register organisations or individuals who want to campaign in the referendum. Lead campaign group will be designated, for both, “Remain” and “Leave”, sides. Two official lead campaigns will be then allowed to spend a grant of £7m and get access to media broadcasts and free mailing.

From a historical perspective it will be the second referendum concerning Britain membership in Intergovernmental Organisation. In 1975 the voters were asked whether the UK should remain in the European Economic Community (EEC) also known as Common Market.

Cabinet members were also publicly campaigning. Seven of the twenty-three ministers were against UK’s EEC membership. On 5 June 1975, the majority of British voters (67%) decided UK to stay in EEC.

The question is about sovereignty: who governs? Elected officials or faceless bureaucrats? https://t.co/inBnTxup5c pic.twitter.com/I6vu6o40fo

Peter Mandelson tried to scare us into scrapping £, and now he's trying the same to keep us in EU #WrongThenWrongNow pic.twitter.com/dm9CvIfAvm

Grassroots Out – Grassroots Out is a cross party campaign launched in January 2016, designed to bring together ordinary voters who want to back ‘Brexit’. It is supported by UKIP leader and MEP, Nigel Farage. Grassroots Out claims to become a lead Leave campaign.

'We'll thrive out of the EU, says Lloyds chief' via @DailyMailUK https://t.co/XpMjsXPdCY

Better Off Out –cross-party campaign formed by Freedom Association in 2006.

Cameron says our security is at risk if we leave the EU. Frank Gardner disagrees. Pls RT if you agree with Frank. pic.twitter.com/36ptPYFKtR

Britain Stronger in Europe (The In Campaign Ltd) is a most popular pro-EU campaign launched in October 2015. Campaign leader is Stuart Rose, former chairman of Marks and Spencer.  Main actions consist of leaflet distribution and video campaigns with politicians, entrepreneurs and celebrities.

The EU referendum will be on 23 June: the only choice for a stronger and safer Britain is to vote ‘Remain’. pic.twitter.com/UgIV3RtKsH

Share → EU migrants, rather than coming to the UK to live on benefits, make a net contribution to our society pic.twitter.com/EVQ8ESncHC

Business for New Europe – pro-European coalition of entrepreneurs. Founded by Finsbury’s chairman Roland Rudd in 2006. Campaign is an opposite and direct adversary of eurosceptic “Business for Britain” group.

In one article, The Economist exposes the contradictions in the #Brexit argument:
Please RT!http://t.co/Xbjp1Servc pic.twitter.com/yyw6wFI68c

Please share this Scientists for EU letter in The Times 22/5/2015 pic.twitter.com/uQA31xviso